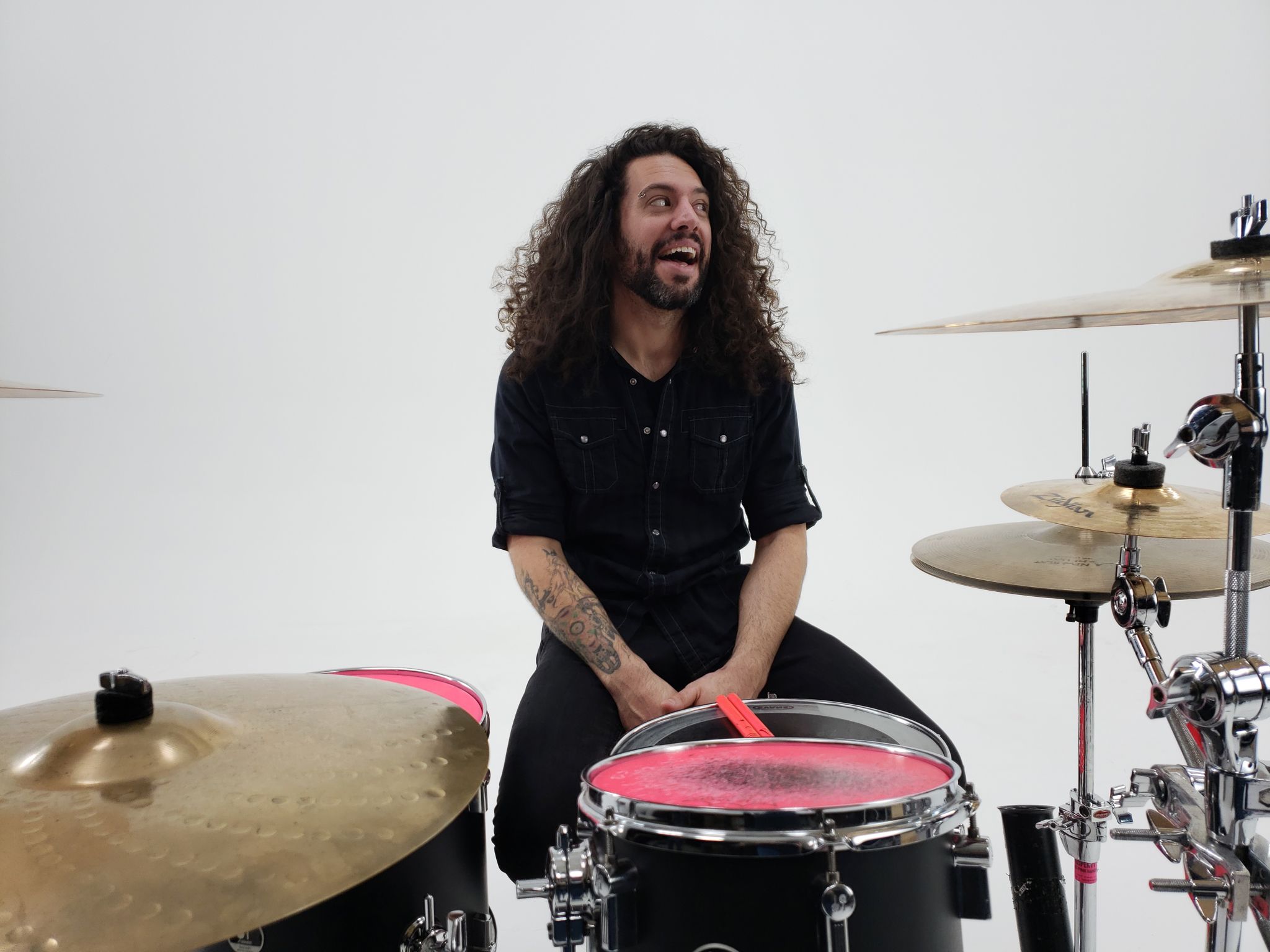 I’m always impressed with couples who have separate interests and are independently working on their own projects. The White Stripes, for example, were way more appealing to me when I thought that Jack and Meg were siblings, rather than a couple concealing their marriage. There’s something annoying about couples who do everything together. 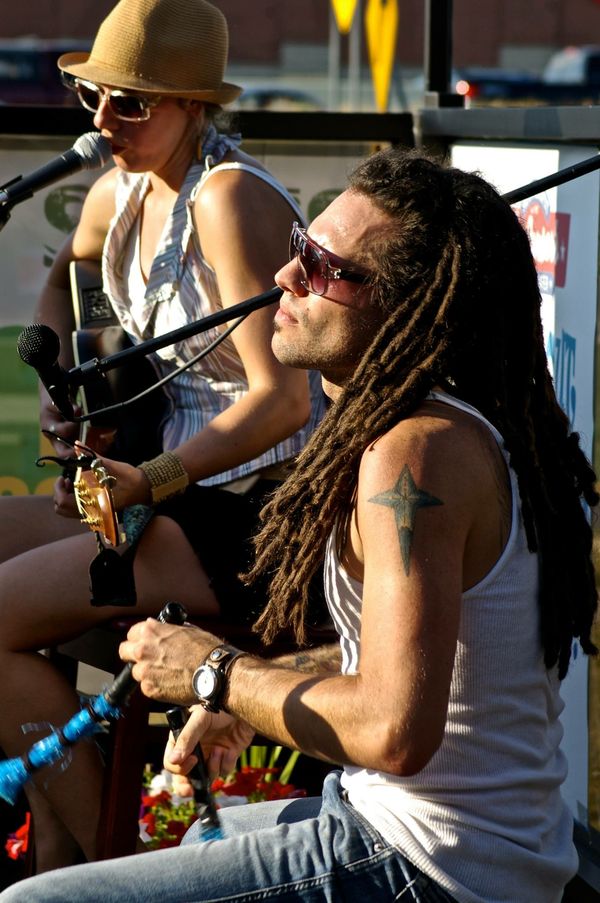 So when Davey Hazard and I started Hot Pink Hangover, I was certainly not going to let my musician husband, DJ be in the band.  Hot Pink Hangover was “my thing” not his, and I was really protective over my newly liberating musical project.  I would play bass and sing, Davey would play guitar, and our current producer, Dr. Joey Caustic would drum.  This power trio seemed like a good arrangement to me.  DJ could watch from the audience and give me flowers and compliments after the show.

Despite my aforementioned “independence or bust” attitude, my husband and I were already playing duo gigs all over town.  It was easy money and we had fun traveling around together, bonding over the music.  One night, Davey Hazard decided to come and spy on us at our gig.  He watched as we grinned at each other like a couple of love-sick saps, he listened to our harmonies, and he saw the chemistry that was undeniably there.  He analyzed what he was witnessing in his complex Davey brain, and the next time we had a writing session, he asked me if it would be alright if my husband, DJ could join the band. 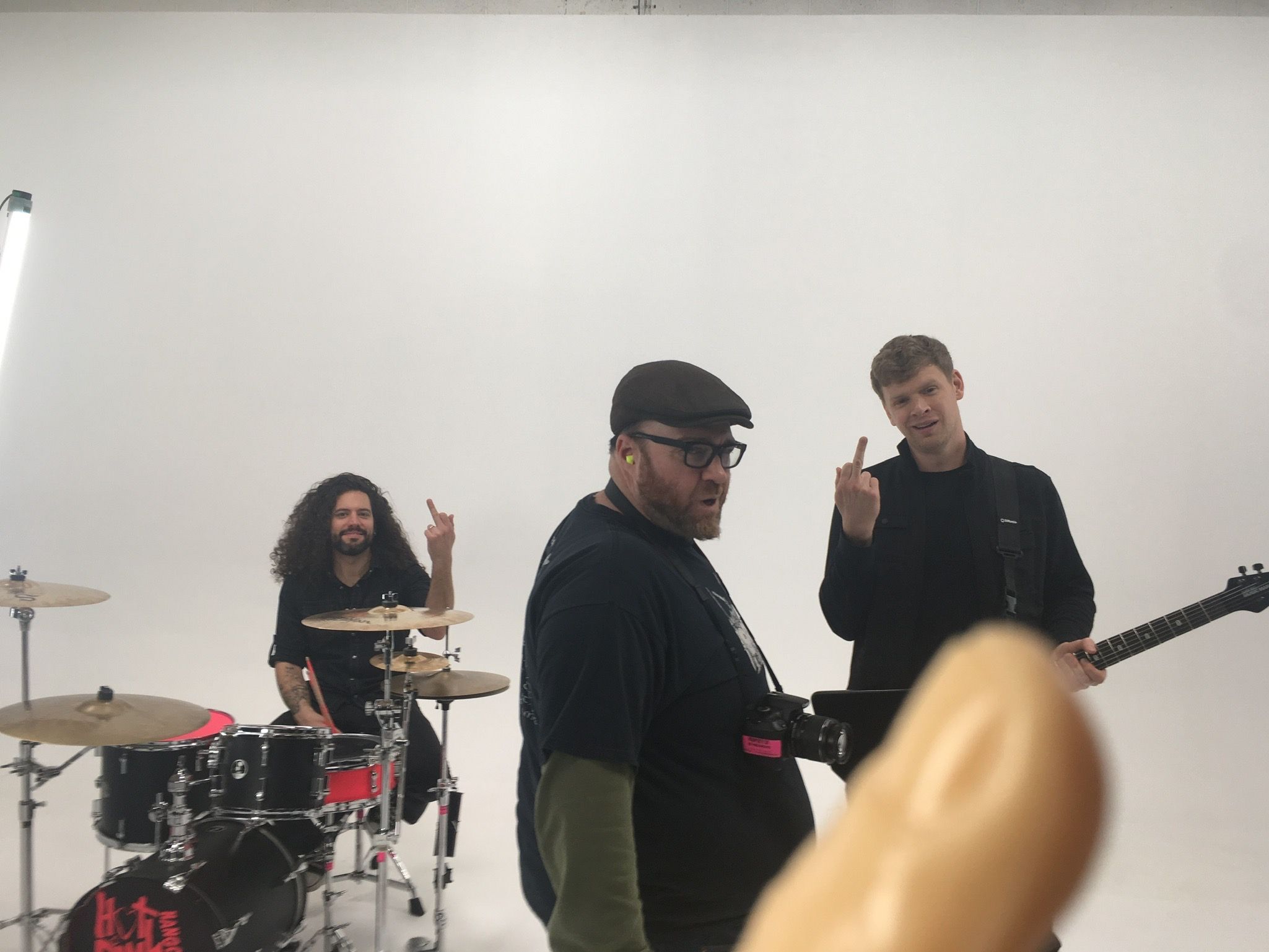 That question has been the most important one in Hot Pink Hanover’s history as far as I’m concerned, when I think of the contributions that DJ (a.k.a. Sgt. Danny Rampage) has made to our band and our business. You may not know this, but he is our accountant, our manager, our booking agent, our PR guy, our graphic designer, our spokesperson, and of course, our drummer.  When we don’t know what to do, we look to him for the answer.  I think about what we would have lost out on and where Hot Pink Hangover would be right now if I had said, “no.”  Deep down I wanted him in the band anyway. He and I would likely have been jealous of one another’s independent musical escapades, and this way we get to experience them all together.  Plus now I can protect him from any crazed fans who might be overwhelmed by his talent and good looks. 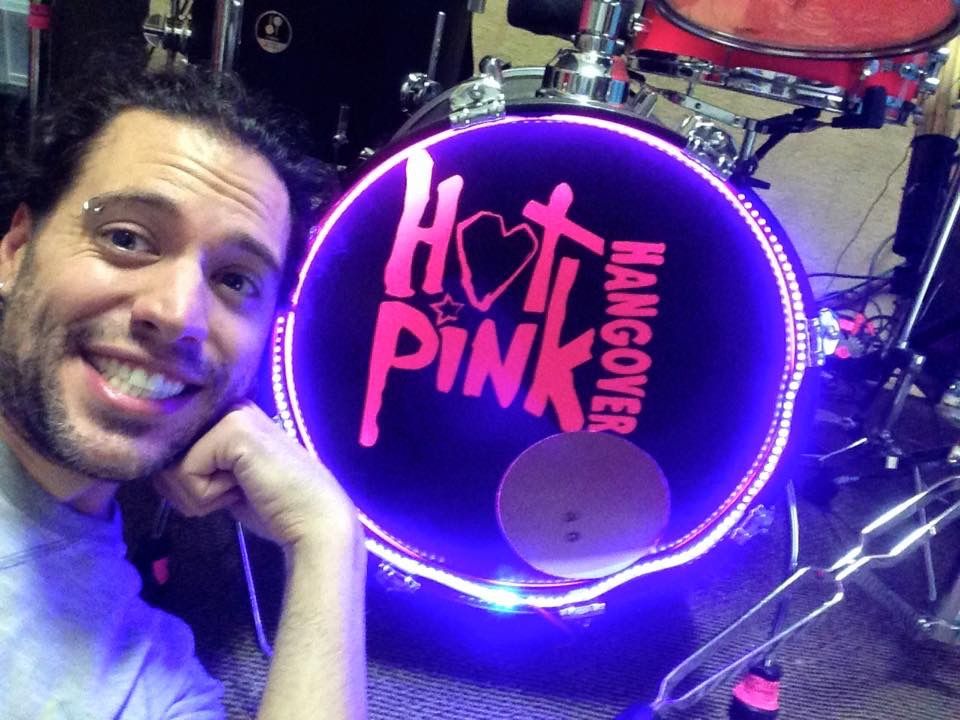 Needless to say, DJ accepted his hot pink invitation and has embraced his position with unmatched gusto.  He was christened with whiskey and given the new name, Sgt. Danny Rampage and we reconfigured our arrangement.  I handed my bass to Dr. Caustic, he handed his drum sticks to Sgt. Rampage and we started over, toasting to the first of our new beginnings. 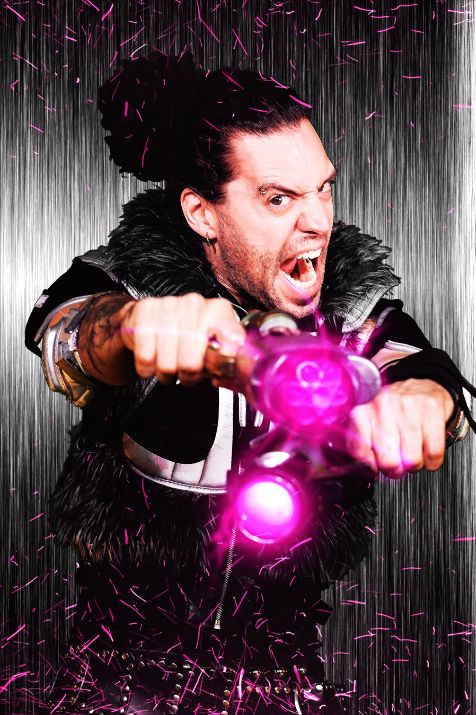