My first car was a 1968 Chevelle Malibu. My dad wanted me to have something reliable, classy, and a vehicle that would take a beating- should I ever hit a deer or drive into a ditch, which I did. I'd been saving dimes since I was old enough to grasp the concept of sliding the shiny little discs into the slot of my tiny cash register-shaped bank, so when it came time to start thinking about car shopping, I was financially prepared. I had a few ideas about what kind of car I wanted. I personally thought I'd look especially great in a candy apple red sports car with a disco ball hanging off the rear-view mirror, and a bumpin' stereo to blast my Bowie... My dad evidently had other ideas.

One day he approached me to let me know that he'd bought me a car. I have to say I was pretty excited by this news, but I was also full of questions... What kind? What color? How much did it cost? He told me that I needed to be sensible about this. That he didn't want me flying down the back roads of Northern Wisconsin in some kind of deathtrap made of plastic. He'd selected something safe for his only daughter. Okay... I thought. As long as it was red, I guess I didn't care. He proceeded to say that he had cleared out my savings account and made the purchase on my behalf and that he'd be picking up the car in a week or two and I would see it then. I could envision it all so clearly. I would be the envy of my friends. They would beg me for rides, and I would feel so cool and liberated in my new little whip.

The day my dad left to get the car I waited in the driveway, mindlessly playing with gravel, sick with anticipation. When at last my dad pulled up, I thought it might be one of his practical jokes. His hand was out the window, as he waved happily at me, but I couldn't even fake a smile. I've never been good at hiding my disappointment. Here I was... my savings account completely depleted and my dad had gone out and bought me an old-fashioned, loud, ugly, boy's car... and it was BLUE!!! Christ, dad! This was all wrong!  He excitedly told me to hop into the driver's seat and give her a try. I was dismayed, to see there was no stereo system as I slid behind the wheel. Now, I'd driven my parent's cars before, but something was different about the way this one handled. It wasn't responding to me the way other cars had. I asked my dad why it was like trying to direct a stubborn mule to get the car to brake and turn. He said it was because the car had been manufactured back in the good old days, before power breaks and power steering had been invented. Ah. I see. No problem. The other charming detail was that the car needed to have additive put into the gas tank every time I filled up because it wouldn't take unleaded gas. I had to measure out the red liquid and do my best to pour it into the tank, which was accessed under the back license plate. So all in all, it wasn't at all what I imagined when I pictured the vehicle that would get me through my formative years, but it actually turned out to be the perfect rig for me. 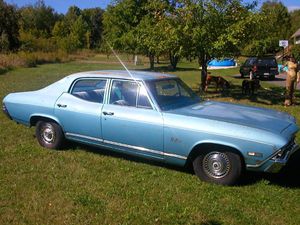 I may not have been the "envy of all" over my new ride that summer, but I was definitely the envy of the guys in my sophomore class because I'd developed pipes like an MMA fighter, from trying to parallel park that boat of a car on the narrow streets of my hometown. Over time I made the most of it and actually grew to love the old beast. I drove her down iron mining trails, over railroad grades, and worse. She always brought me safely to and from whatever trouble I was getting myself into during my teens and 20s. There was room in her trunk to put several people, which came in handy when carrying under-age stowaways from busted college parties. Her floors were sandy from trips to the beach and she had a little second-hand cassette deck on her front seat, so I always had my Bowie at the ready. Eventually, my negligence went too far and it was best to sell her in hopes that someone would be able to resurrect her into a version of her former self. I've never cried while signing over a car title before or since, but I like to imagine she's still out there, hauling some free-spirited young girl to and from the people and places that will give her a lifetime of memories. 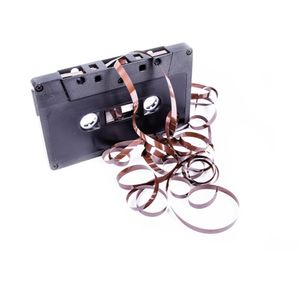