Because I grew up poor, I always assumed I was going to make it up to myself by marrying into money. I had visions of lavishing myself with exorbitant gifts, treating myself to luxurious vacations, and being able to shop for new clothes, shoes, and accessories until the walk-in closets in my private wing of our estate were overflowing. I was ever hopeful of meeting a suave lawyer or investment baron who would be charmed by my humble upbringing and more than happy to share his riches with me. Never in a million years did I expect that I would marry an artist. I spent years engaging in self-talk to avoid getting romantically involved with people like me. 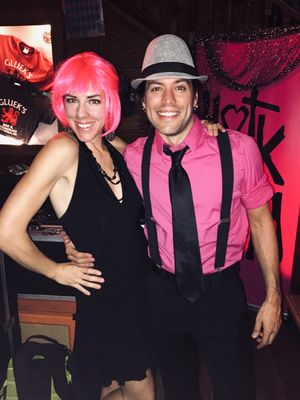 The first guy I ever dated ended up murdering a girl, which was evidence that my judgement could use a little fine-tuning. Since then I've dated all types- businessmen, scientists, service workers, clergymen, you name it, I've sat across the table and played the size-up game to determine if they would be a good fit for me. Despite my cognitive aversion, I've always been irresistibly drawn to creatives. I'm turned on by how their minds work, and I love that there's usually just a little bit of crazy fueling that creativity. Nothing is more attractive to me than someone who can paint a beautiful picture or write a tear-jerking story or song. I'm a sucker through and through for that kind of emotional vulnerability, but I've always had it in my head that since I'm an artist, I should avoid being in a life partnership with another of my kind, because somebody has to keep the household running smoothly. Artists are pretty notorious for not having their shit together. Put two musicians together and my perception was that bills wouldn't get paid, the trash wouldn't get emptied, and various over-indulgences would ensue while we recklessly constructed our creative careers. Enter Danny Rampage... 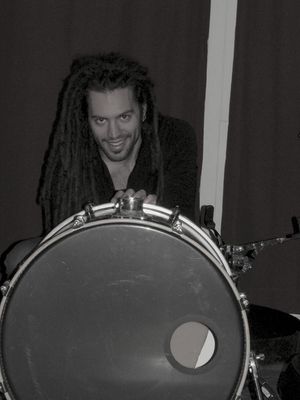 Here was a wild man with dreadlocks down to his ass, a big, sexy mouth, and a talent for many things creative. I was sunk. I tried so hard to ignore him and to dig up dirt from his past so I'd have a reason not to want anything to do with him. I tried to convince myself that someone as good looking as he, was bound to be a narcissist and a jerk, but the harder I tried to push him out of my mind, the more infatuated I became. We were working together on a solo project of mine for which I had offered to pay him a pittance to play drums and he had accepted, so there we were, preparing a set. After rehearsal one afternoon, he confided to the group of musicians who were gathered in my apartment that he was going through a bad breakup, and wondered if anyone would join him for a beer so he could vent... Everyone had other plans. I felt sorry for him, and agreed to the beer, grateful knowing that he was certainly not an option for me- being that he was on the heels of a breakup from a clearly meaningful previous relationship. I told myself that I would never be somebody's rebound relationship. It was settled. 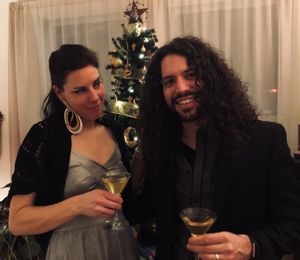 2 years later we were walking down the aisle. I can admit when I'm wrong... sometimes. He may not be rich, but he has filled my life with many riches that extend far beyond the monetary realm. We live a humble, but full life. I don't have a walk-in closet, but I have a man who would walk to the ends of the earth for me. We don't go on too many extravagant vacations, but we always have a blast traveling on a dime! Danny Rampage turned out to be the perfect mate for me. We're business partners, best friends, travel companions, creative teammates, and yes, bed buddies. We do everything together and still like each other (most of the time!) It can be a challenging thing to be romantically involved with your business partner, but so far we've seemed to make it work in all of the various musical iterations we've been in as a pair. I'm so thankful to go through life with him by my side, encouraging, comforting, and supporting me... It also doesn't hurt that he's incredibly handsome. ;-) If you want some more of the juicy details, check out the recent interview I did in this short documentary by our friends at Inspirat.io. I'm so glad I gave in and had that beer with the brooding, mysterious drummer who won my heart. 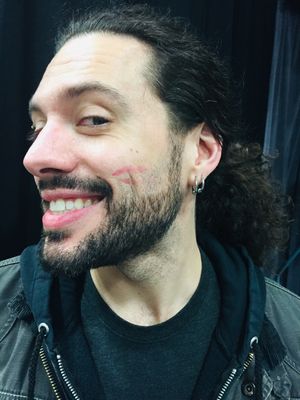