There’s this phrase, “We should jam sometime” that I have always been turned off by. In my personal experience, to "jam" has meant that two or more musicians with temporarily heightened egos, join forces on a song, each taking turns to out-play the others. When I think about the prospect of a jam session, a certain song comes to mind that goes, “Anything you can do, I can do better, I can do anything better than you.” Non-musicians, imagine for a minute that you’re getting together with one or more people to do an agreed upon thing, and the whole time, everyone involved in that thing is like, “Hey! Look what I can do! Look! Me!” It gets annoying.  This is not a dis on people who love to jam, it just isn’t my bag. 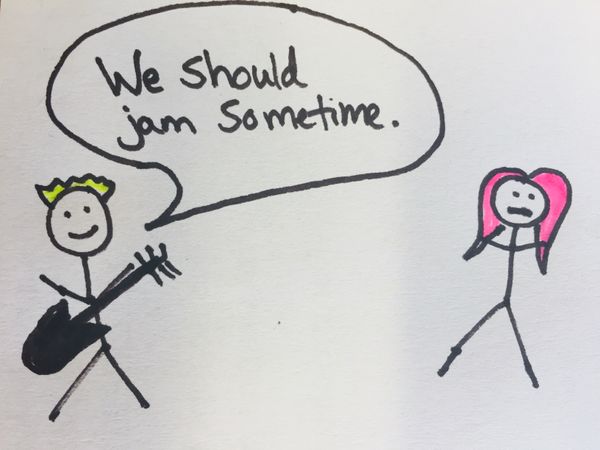 As I’ve mentioned before, I’m an Americana singer/songwriter and have been performing solo for a number of years and doing just fine.  I don’t generally play well with others and haven’t particularly wanted to… Enter Captain Davey Hazard, the man responsible for turning my acoustic little world upside down with his screaming amplifiers and distortion pedals. 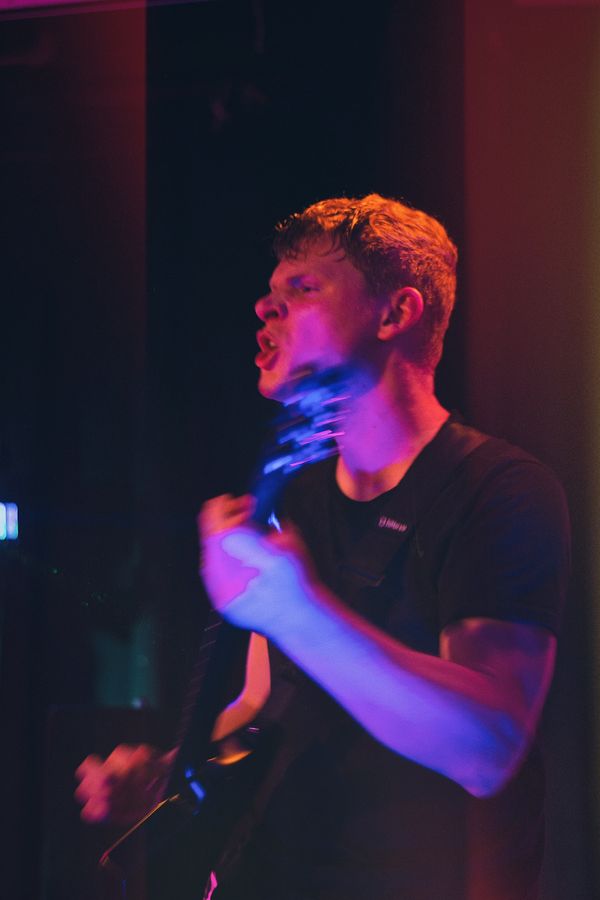 Davey and I are coworkers and I remember how I purposely ignored him for nearly a year- not even making eye contact when we would pass in the hall. I admit that I was just being anti-social and mean. One day though, we happened to be in the same place at the same time and the silence was starting to get uncomfortable. Davey innocently started talking about music.  We both coincidentally were writing movie scores. We both played guitar. Guess what Davey said next?  Yup. He uttered the dreaded phrase: “We should jam sometime”  I scowled and declined.  Davey is a persistent man when he sets his mind to something however and over time, I broke down and agreed to have a “jam session” with this tall, handsome stranger. We met in his mother’s basement and during a state of unexpected creative euphoria, we wrote “Fragile 17” in about 20 minutes.  I guess I CAN play well with others!  What followed was a series of writing/jam sessions that resulted in a catalog of now 40 songs. 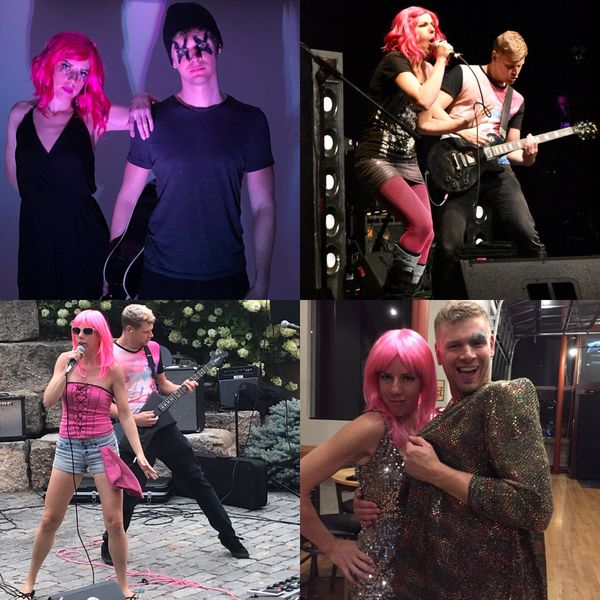 Even though these days I sing for a rock band, I still hold onto my acoustic roots and I always love a good old wooden instrument! I don’t know how you all feel about it, but I would rather listen to an acoustic show than one where I need to insert earplugs any day, despite my bandmate’s affection for loud and hard.  I really love when Hot Pink Hangover gets to play acoustic shows.  And we have one coming up that I hope all of you will join us for. On 4/20 we’ll be unplugged in the Mission Room at the Hook & Ladder and we’re recording a full-length acoustic album in front of a small, live audience. We want you to be there as we make history together with YOUR banter and our songs.  Come see how far we’ve come since that afternoon in Davey Hazard’s mom’s basement.  But let it be known, that if anyone else ever asks me to “jam” the answer is still no.

[get tickets to the unplugged taping] 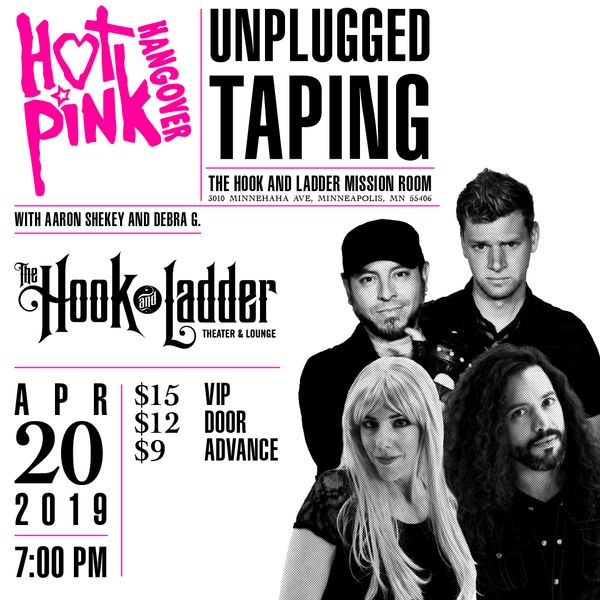