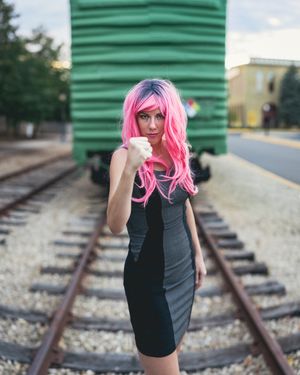 I go to the gym a couple times a week in an attempt to blow off steam and so I can feel better about myself in the event anybody ever asks me if I work out. To be sure, my physical activity is (regrettably) minimal at best. I generally burn around 700 calories a week on the treadmill, which equates to roughly two and a half pints of IPA. I will easily consume that in one sitting, so some might say what I'm doing is a waste of time, but I call it balance. Anyway, I go to a low income community gym. Snap Fitness or any of those bourgeoisie facilities just aren't my jam. This is the Aldi of gyms if you will. Frequenting the workout room are salt-of-the-earth folk, just trying to better their physique in some way, while catching up on gossip with their neighbors. The day after the primary elections, I was there lifting some weights and became intrigued by a conversation that I happened to eavesdrop upon. It started with one man stating to another that not only had it been an exciting election night, but that two of the local sports teams had won games as well. That was where talk of the election stopped and the sports talk commenced for another 10 or 15 minutes. I just found it interesting that people would rather talk about sports than the future of our country. I suppose it is the safer topic of the two, but I've seen people get pretty heated about the judgement of a referee they disagree with, just as some do when entering into a political dispute. To be human is to debate.

It made me think about sports in general and how a lot of times we'll arrive to a venue to play a gig, and behind the stage is a big screen TV. Sometimes it can be like pulling teeth to get management to turn the TV off, so that people have the opportunity to watch the LIVE entertainment that is happening right in front of their very faces- as opposed to watching a screen, with a game broadcasting ant-sized players doing athletic moves on this field or that. It's a battle we rarely win, and until we play the great stadiums ourselves, this is the life of a bar band. 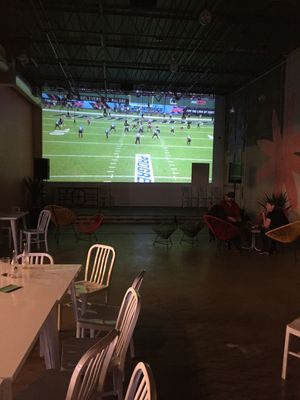 I happened into a local brewery the other day, and MN United were about to have a soccer match. The way that venue filled up with enthusiastic sports fans, quickly sliding into any available seat to get a glimpse of the action was something I've fantasized might happen someday when we arrive to set up for a gig... But sadly, it seems that music just doesn't hold the same allure for people that a good sporting event does. I've considered hosting arm wrestling matches during our set breaks or weaving a musical gladiator fight into our performance, but we all need better health insurance before we do that (hence the importance of the aforementioned primary election.) The bottom line is, people are ravenous for a good competition. Thank God somebody thought up the brilliant concept of a Battle of the Bands, so that we musicians can be competitive athletes if only for a night. Readying our axes & our sticks, and confidently marching ourselves into the ring, prepared to duke it through song...  all of us hungry for victory. It's ancient Greece all over again! We are no exception and we want in on the action, so on March 19th, you will find Hot Pink Hangover on stage at The Fine Line, preparing for battle and a chance to play Pride In Concert 2020. We're going to bring our A-game and we hope you'll be there to witness a competition of monumental proportions. I'm also happy to report that there's no TV behind the stage at the Fine Line, so negotiating with management won't be necessary. ;-) Get your Tickets for the "big game." 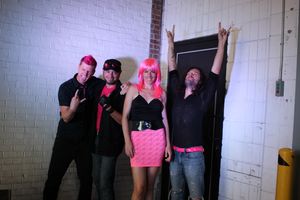